Washington state has two basic climate types: coastal and continental. The Cascade Mountains serve as the big divider between these two distinct sets of climates, with the western side of the state being predominantly coastal-type and the eastern side being predominantly continental-type. We’ve covered how to choose the best roof for Washington’s coastal communities, which lie on the western side of the Cascades, but how about the Cascade mountain region and eastern communities? The Pacific Northwest’s roofing needs vary by climate type, especially considering the effect the Cascades have on homes. 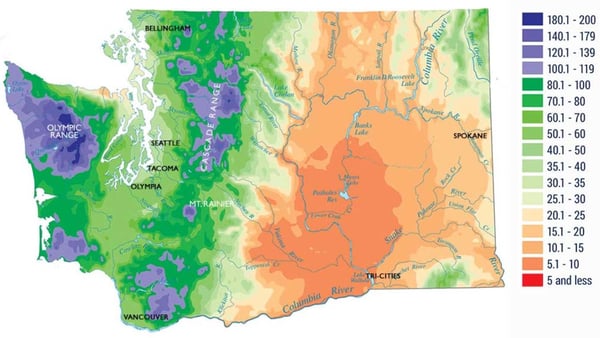 About 90-125 miles inland, the Cascade Mountains serve as the main climatic barrier that separates Washington state and produces a vastly different climate between the eastern and western sides. This mountain range captures most of the rain and moist air from the Pacific Ocean that would otherwise fall onto the eastern part of the state, while the Rocky Mountains shield the region from Canada’s cold air masses. This creates a large inland basin for most of eastern Washington, creating a rain shadow effect, where the amount of rainfall close to the summits is less than what’s experienced as you move eastward. Also, the center of the Cascade mountains can see an average of 200 inches of snowfall per year, with the highest peaks remaining snow capped throughout the year.

Unlike the western side of the state, which experiences a generally mild climate year round, the eastern side of Washington state can see much hotter summers and much colder winters. Eastern Washington also undergoes a dry season through the summer months, where they can frequently experience 4-8 weeks with only a few scattered showers. This region also experiences windy conditions quite often — with 12 MPH northeasterly winds expected 60-70% of the time during the fall and winter months. Most metal roofing systems will hold up well in the climate challenges the eastern region faces, although certain options could provide you better protection than others. 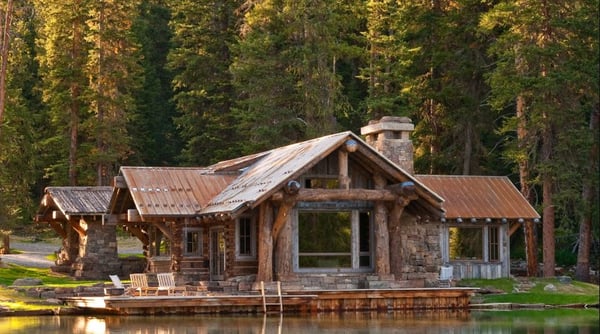 It’s important to keep these climatic features in mind when deciding which metal roofing system is best for your eastern Washington home. Unlike the coastal and western side of the state, moisture and precipitation are less of an issue, especially for those directly under the Cascades rain shadow. With fluctuating temperatures from summer to winter and wind being the bigger elements to consider in eastern Washington, metal roofs are a prime choice for homeowners looking for a long-lasting and durable roofing solution. 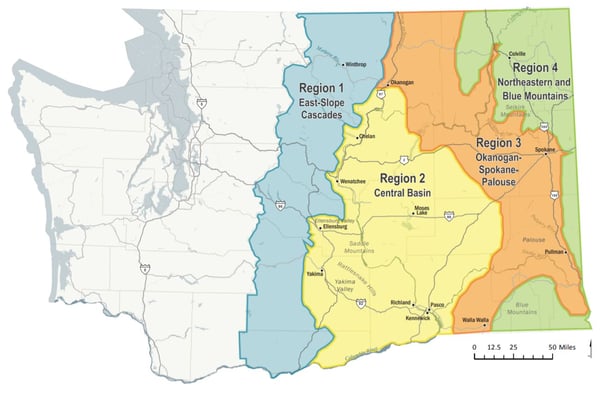 Roofing for the East Slopes of the Cascades Region

If you reside on the eastern slopes of the Cascades, you fall under the rain shadow effect so moisture and precipitation are not as big of factors. One of the best roofing options for this region is our Corrugated or Tuff Rib metal panels because of their durability against the changing seasons and their temperatures. This region sees temperatures below-zero during winter and above 80°F during summer. It’s not uncommon for rapid cooling to occur after sunset due to breezes coming off the mountains. Fluctuating temperatures in this region can cause metal to expand and contract, which may lead to oil canning. You can avoid this by adding striations, a series of ridges and waves, to your metal panels. Metal roofing is the optimal solution for those living in the eastern slopes of the Cascade Mountains.

Roofs for the Central Basin Region

Within the Central Basin Region of eastern Washington, homeowners can experience more windy and drier conditions than others, as this is the lowest and driest section in eastern Washington. Bridger Steel has a number of high-wind roofing solutions that have been put to the test by the UL 580 Wind Uplift rating system. Choosing a roofing option with an exposed fastener system, like our Corrugated panel options, also helps keep roofs in windy areas in tact. An exposed fastener system will provide a roof with a more rigid connection to the substrate. Homeowners residing in the Central Basin of eastern Washington would benefit greatly from the longevity and strength of metal roofs.

Snow is one of the biggest climatic factors for those in the Northeastern Mountain region of Washington state. With increases in elevation and snowfall averaging from 15-80 inches throughout the region, homeowners need a roofing option that can withstand heavy snow loads. Bridger Steel has a number of heavy snow load roofing options, including our Mechanical Lock Standing Seam panel series and our 1.5”/1.75” Tru Snap panels. Both of these options provide heavy-duty protection against high amounts of snowfall, especially when they’re double-seamed. It’s important for those with metal roofs to incorporate moisture barriers to protect their roof against snow, as well as designing roofs to prevent ice damming. Both moisture barriers and controlling ice damming can extend the life of a metal roof in the Northeastern Mountain region of Washington.

Comprised of inter-mountain areas and valleys, this region of eastern Washington has a fairly continental climate. However, as elevation increases, so does the amount of rainfall and snowfall, so homeowners may want to consider the heavy snow load roofs that Bridger Steel offers. The valley areas of the Okanogan-Spokane-Palouse regions have reported damaging hail storms through the summer months. Choosing a metal roof that can withstand a hailstorm is vital for those residing in this area. For best overall protection, our Tuff Rib and Corrugated metal panels, when used in 22, 24, or 26 gauge thickness, can offer strong impact resistance against hail. There is no 100% hail-resistant roofing solution on the market, but both of these options come pretty close. 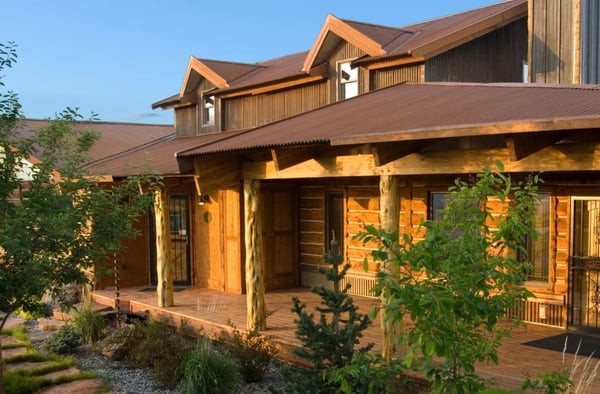 Overall, metal roofing is one of the best roofing options for eastern Washington state and the Cascade Mountain region. Metal roofs are durable, long-lasting, and low maintenance. Homeowners that face heavy snowfall, fluctuating temperatures, and hail storms all have one thing in common: the need for a high-performing roof. Bridger Steel’s metal roofing systems are made with the highest-quality US-sourced steel, and with a variety of colors, styles, and finishes available, eastern Washington homeowners never have to sacrifice style for strength.

Bridger Steel’s team will help you choose the roof best suited for your area’s specific needs. We have shipping routes throughout the regions so you can get the highest quality metal roofing, metal siding, and interior metal panels. Contact us today by reaching out to a Product Specialist to get started!

Bridger Steel is a premier metal manufactuer of panel systems for roofing, siding and interior applications. We service nationwide shipping to the U.S. and Canada, as well as international shipments across Europe and the Pacific Rim. We pride ourselves in delivering the highest level of service and support to our partners, and upholding a standard of quality in everything we create.