This Memorial Day it’s important to reflect on the sacrifice thousands of men and women give every year to keep our country safe. At Bridger Steel we benefit from those sacrifices in many ways. Those sacrifices allow us to operate our business and sell steel to our customers. They allows us the freedom to hire qualified workers and provide well paying jobs to members of our communities. We are also proud to employ veterans, and our teams benefit from their hard work ethic, dedication and drive. This Memorial Day we would like to honor these employees in memory of those who gave the ultimate sacrifice.

Ryan Schmidt served in the Marines and recently completed his right years of service.

Ryan has worked in production in Belgrade for a year. He’s a jack-of-all-trades who can just as easily bend custom trim for an order as work the big slitting machine. He’s always ready to help when he’s needed and keeps production moving.

Ryan joined the Marines as a mortarman in 2008 right after high school, and he received his certificate of service completed in May. He was stationed in Okinawa, Japan for his first deployment, and his unit joined up with the Navy as part of the 31st Marine Expeditionary Unit (MEU). He spent the rest of his deployment on a ship traveling between ports famous for big battles to lend the local military a hand and help relations.  He was part of the MEU for both his deployments and traveled to the Philippines, Malaysia, Thailand and other ports. When he returned he earned a four-year college degree and moved to his hometown of Belgrade.

Ryan’s time with the Marines had a profound effect on his life and how he works with others. “I look at things a little differently now,” he says. He’s adept at following everything that’s going on in his department, “Ever since the military I’ve had a good eye for looking out for people. I’m always watching out for my co-workers. It really helped me focus.”

Rick is a sales associate in Billings and served in Iraq with the First Cavalry Division in 2004-2005.

Rick has been with Bridger Steel for four years. He started working the break forming trim panels in production. His knowledge of the product and his outgoing personality made him the perfect candidate for the sales team. Rick was supposed to be a Bradley  Mechanic in the army with the First Cavalry Division out of Fort Hood, Texas.  Very quickly he transferred to the armament section to work on firearms and tank components.  He was deployed to Iraq in 2004-2005 where he was a driver for his commander.

“The camaraderie in the military is phenomenal. Everyone has each other’s backs,” says Rick. His ability to watch for what’s needed makes him a great sales associate at Bridger Steel. The military also prepared him for life after the army, “It made me a very hard worker. I take pride in everything I do.” 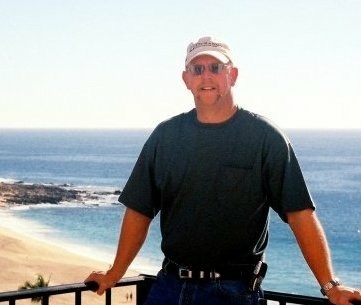 Troy joined the army right out of high school and earned his College Degree through army programs.

Troy is an Outside Sales Rep at our Belgrade store. You’re likely to see him on a job site in Big Sky or Bozeman making sure contractors have the materials they need and answering any questions. Troy joined the army in Colorado right after high school with the goal of serving his country and seeing the world. After completing basic training in Fort Knox Kentucky he was one of only three people not stationed overseas. Ironically, he spent his service in his home state of Colorado at Fort Carson.

Troy gained quite a bit from his years in the army. He went to college in Grand Junction, CO and he learned many skills that help him today. “The biggest thing I learned was having commitment and being organized,” says Troy. “Having a schedule and a routine are important to me.”

Dennis is one of our newest employees; He has been behind the sales counter in Billings for two weeks. Many of the reasons Dennis is a great fit for the team come from his years of service in the military. Dennis enlisted in the Air Force right out of high school and served from 2000-2004. He was a nuclear weapons specialist and performed maintenance on nuclear weapons. He was stationed at the base in Incirlik, Turkey.

“I learned to be calm in tough situations and a lot about time management,” Dennis explains. His job was tricky and required precise procedures. His experiences help him everyday. “I’m most thankful for the benefits. I used the GI Bill to get my four year degree. I got to see the world.” 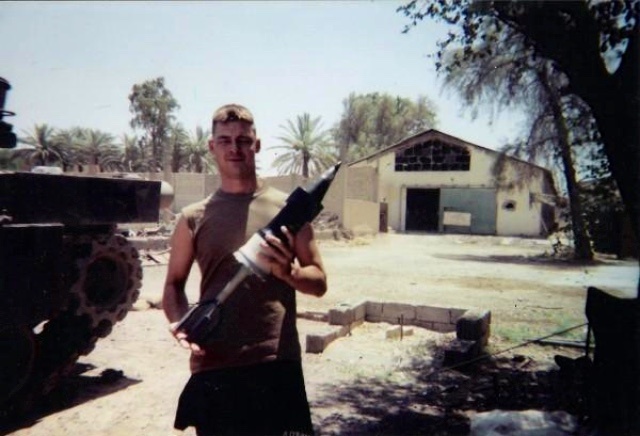 Adam's experience in the military proves useful in the Billings production department.

Adam began at Bridger Steel a little over a year ago. You’ll find him in the production department in Billings running corrugated panels for projects in the area. Adam joined the army in 1998.  He was an armored crew member in the M1A1 Abrams Main Battle Tank. He started as a driver finished his service as a tank gunner. He severed in Iraq during 2003.

His time in the army will stay with him forever through hard work and dedication, “Army Core Values stuck with me when I got out,” he says. “It gave me a strong work ethic and made me a hard worker.”

We’re so proud of Ryan, Rick, Troy, Dennis and Adam as well as the many other veterans who work with us now and have come through our doors these past twenty years. We’d like to thank them and dedicate this blog to the many men and women who lost their lives serving our country. We wish you a safe Memorial Day.

Bridger Steel is a premier metal manufactuer of panel systems for roofing, siding and interior applications. We service nationwide shipping to the U.S. and Canada, as well as international shipments across Europe and the Pacific Rim. We pride ourselves in delivering the highest level of service and support to our partners, and upholding a standard of quality in everything we create.